Jarrod Wirth - independent Candidate
Federal house of representatives
bonner division
Have any questions you'd like me to address?

Would you like to ask me about my personal opinions on topics that may be an influencing factor when making a decision on your vote?.
I am happy not only to answer your questions but to post them here.


Question 2.
As a former LNP supporter, Im now researching who I will vote for at the upcoming election at the end of this month.  I would like to know where you as an Independent stand on the issue of Chaplains in public schools? Medicare co-payment fee issues, I believe Option C is about to go on the table soon.  GST increase.  Daylight saving.
Answer 2.
Dear Kathy S,
I do not have children, I was educated in the catholic school system.  I can not say I am familiar with the issues of Chaplains in public schools.  I would rely on the consensus of my community in any decisions made on this subject.  I suggest the party that introduces further Medicare co-payment fees will be defeated at the following election and the fees repealed, just like the ‘carbon tax’.  GST set at 10% makes it pretty easy to work out in your head.  I don’t want to carry a calculator around to work out tax owed on some silly 13.7823% rate.  Again, I suggest the party that increases GST will be defeated at the following election.  Following a three year trial, the issue of daylight saving in Queensland was settled by referendum.  Have good day!

​
Question 3.
I have been watching with interest the experiment under taken in Colorado and Washington on the decriminalisation of cannabis.
Taken with the results from the Dutch, Peru and now the Spanish experience, I find it staggering that Queensland has not taken advantage of this huge opportunity.
Colorado takes in more than $3.000,000 a month in taxes, with only a 10% state tax on the product. It is both regulated and taxed by the state.
With the amount of profits going to criminal organisations trading in this product, comparable to the failed American alcohol prohibition of the Volstead Act profits then going to organised crime gangs, those providing this commodity, is making others an un-taxed fortune in what is basically  unregulated underground industry.
The problem with the prohibition and criminalisation of cannabis is that only organised criminal organisations profit. Not only are these organisations involved with this, but also other violent and more nefarious and life destroying activities. This taints, what is a product that it is impossible to overdose on and which studies have shown, have helped millions of people around the world.
The amount of money saved by diverting law enforcement to more worthwhile endevours, not to mention the huge tax windfall that would come in with a government regulated and taxed industry, would pay off the huge state debt. That would stop the need to lease or sell assets.
The potential for tourism, medical research advancement, product development from the plants fibre is staggering. The uninformed and backward view currently in vogue from those in governments is astounding. The amount of evidence that supports this being taken off the prohibited drugs list is irrefutable. A re legalised cannabis would certainly upset the likes of backward looking politicians, but would benefit the State through the re invigoration of the economy.
I thought we were supposed to be the smart State, but it appears we are not, we appear to be the timid and unable to think outside the box State. We have all seen in the States that have sold or leased assets, that the public lose out, no matter how much it is sugar coated. Re legalising is an alternative that should be considered.
What is your view on this and would you support the re legalising. I fear that our current crop of politicians are going down the same road as the southern states and we will continue to be the same basket case as they are.
Thank you for your time.
Regards
Martin P. Hurnen
Answer 3.
Dear Martin Hurnen,
As a podiatrist who has specialised in the care of patients with Multiple Sclerosis (MS) for over 20 years, I can say I am aware of the percentage of MS sufferers who admit to the use cannabis for its perceived benefits.  I am however unable to advocate its use as it is an illegal substance.  I have listened to the results reported by patients who will admit to using it and am also aware of numerous research studies and the arguments of tax revenues and of 'gateway' drugs.
This topic raises much debate and both sides have compelling data and arguments.
Just as with the issue of daylight saving I believe the decision to legalise should be put to a referendum or approved by the Australian Parliament or its Therapeutic Goods Administration.


Question 4.
We are interested to know your views on the problem that many self funded  retirees from the Taxi Industry are having due to the illegal operation of Uber, we have had no support from any party other than the Katter Australia Party. We have no candidate in our Bonner for them and are not willing to use our vote for any of the other parties. We have always been LNP voters but not this time as they have done nothing to stop Uber. Qld has a reputation of having one of the best Taxi services in the world and Uber is allowed to operate illegally and is destroying the Taxi industry. We are as many are having to have our investment of our Taxi licences destroyed, we have worked in the industry for 50 odd years to now have lost hundreds of thousands of dollars from our retirement funds due to the government being to week to say no to Uber. The OPT review that is happening now is a complete waste of time and taxpayers money, if you have not already read their four options in the Green Paper that has been put out please do so and you will see that none of the four options will help the Taxi industry at all.
We would appreciate what your views are on this problem before we make a decision to vote otherwise we and many others from the industry will just tear up our voting forms and not vote at all.
Dawn Chetcuti
Vince Chetcuti
Answer 4.
Dear Dawn & Vince Chetcuti,
Thank you for taking the time to raise this issue and my short answer is I'm wearing a Katter hat on this one.  Because this unregulated service actually remains illegal in Queensland.  Uber unpreparedness to comply with taxi based standards of driver and vehicle checks seem to be disingenuous.  I will not support illegal activity in my division.
If elected I would immediately seek to trial a return to work welfare program to get as many of the long term residents of my division back into gainful employment.  This program would get an army of newly employed ticket inspectors into the back of every Uber car in the division to issue that lovely revenue raiser of $2356 per fine.  As Uber is doing nothing less than encouraging and supporting what is an illegal activity I would also act to ensure Administrators were issued with the $23 560 fine for every offence.  I am all for new technologies but I can not support or advocate illegal activity.  I have never used the Uber service for this reason.  Make your vote count!
Have good day.
Sincerely,
​Jarrod Wirth


Question 5.
Hello,
I am currently researching the candidates for the upcoming federal election. Like most candidates you have policies I agree with and disagree with. However, there is no mention of an issue that seems to dominate the media at all times except during an election campaign - The protection of marriage as is v Gay Marriage (Marriage Equality). Where so you stand on this issue?
Kind regards,
Peter A Phillips
Answer 5.
Dear Peter,
Queensland first allowed state sanctioned civil partnership ceremonies in 2012 and after the 2015 election the current state government reiterated its support of civil partnerships by legislating the 'Relationships(Civil Partnerships) and Other Acts Amendment Bill 2015'.

A same sex civil partnership is not a marriage, although comparable rights should be afforded to both types of union.
Have good day!
Sincerely,
Jarrod 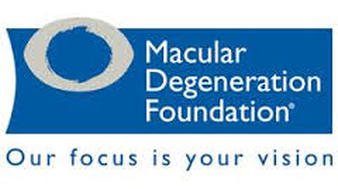 Please find attached below a link to a letter from Independent Schools Queensland Executive Director David Robertson regarding priorities for independent schools in relation to the upcoming Federal Election:-

Please find below a link to the Australian Blindness Forum's 2016 Election Statement:-

Please find below a link to the Vote for Volunteering 2016 election Platform:- 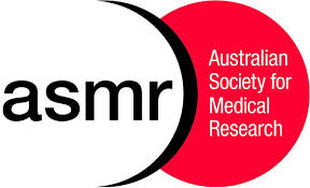 Please find below a link to a message from the Executive Office of The Australian Society for Medical Research:- 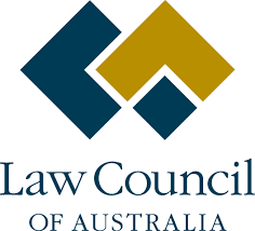 Please find below a link to the Law Council of Australia's 2016 Federal Election Policy Platform:- 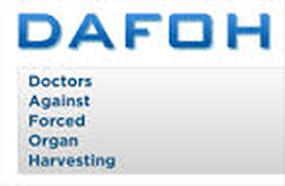 Please find below a link to the Doctors Against Forced Organ Harvesting survey:- 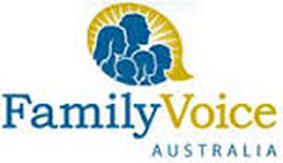 Please find below a link to a Family Voice Australia survey conducted by a number of the candidates contesting the 2016 Bonner division:-

Question 6.
Hi Jarrod
I am looking for a legitimate candidate for bonner and noticed your status as independant. Can you please advise your position on vaccine safety, no jab no pay and general freedom of choice for medical interventions?
Thanks very much
Dan
Answer 6.
Dear Dan,
In response, all vaccines registered in Australia by the Therapeutic Goods Administration (TGA) are evaluated to ensure they are effective, comply with strict manufacturing and production standards, and have a strong safety record.  I've included a link to a Parliament of Australia webpage detailing the issue of 'No Jab No Pay' and other immunisation issues.

It finds the government is extremely concerned of the risk that non-vaccinated children pose to public health.  Families who choose not to immunise their children are not supported by the Australian taxpayer in the form of child care payments.
Have good day!
Sincerely,
Jarrod. 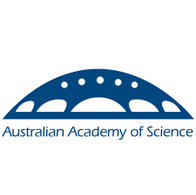 Please find a link below to the Australian Academy of Science's 2016 Election Policy:-