JARROD WIRTH - INDEPENDENT CANDIDATE 2020 QLD STATE ELECTION MANSFIELD DIVISION
​
I was Brisbane born and raised in the southern Brisbane suburbs of Moorooka, Sunnybank, Sunnybank Hills & the Redlands Shire just South East of Brisbane.
I've lived in Mansfield for almost 2 decades, a few blocks from a property where my grandfather, great uncle and great aunt were born and raised.  Over meals my great aunt has extensively described her experiences of life growing up in the area, my great grand parents & extended family, winning the Mt Gravatt Show cake competition when she was 16, how extensively Mansfield has changed in her lifetime.  Greta's recall of 'nothing but bush or farms' & Broadwater Rd being dirt.  As  I correspond with my Great Aunt Greta, I advised her I was mentioning her here and asked if she'd like to supply further recollections, she supplied two, which I include here in italics (thankyou Great Aunt Greta)  -
------------------
Recollection 1

Yes  your heritage is in that area   Your great  grand parents   ( OBrrien).  and family lived across the road from where I grew up They had between 10 and 11 acres of land also the Spence family had about the same amount of ground  ,it went from Broadwater Rd  through to Wishart road.  ON Logan road you had some acres of bush  and then the Mount Gravatt show ground 1 house and then Wishart road
At the end of Wishart was the gate way to Spences dairy which was sold to Wardrops they had milking cows and delivered  milk, their place was around100 acres  and went through to Newman road
I still keep in touch with Norma (spence)as we are the same age. and went to Mt.Gravatt school together.
Halfway between these properties  running through the middle were creeks  which run into lagoons  at Broadwater bridge  I think that is just about where the road goes to get on the freeway.  It was a very popular swimming spot on hot summer sundays.  also when we were small we used to go lobbying in the creeks with a piece of string and a bit of raw meat , yes, sometimes we fell in got soaking wet  and then got into trouble for doing so.
ON Newman road ,the same side as the dairy  there was a plaster works they made plaster board  you still see ornate ceiling and corners in the older style homes'

On our side of Broadwater rd  there was Smerdons shop and produce  on the corner Logan and Broadwater Rd, they sold everything there. It was 1/4 mile up the hill to our place from there
There used to be an old couple who grew a few vegies for themselves and sold the surplice  I remember going there to buy a head of lettuce for 2pence.
there  were a few houses on this side of the road  ,and at the back was a few acres of bush and then what we called the bull paddock,  cattle were kept there till they were ready to be taken to the slaughter yards;
During the war years the Americans had a big hospital from  Nursery road to Holland park.  and there were big gullies running through the bull paddocks  and the Americans  used to dump there rubbish there.

we used to walk to and from school I went to Mt. Gravatt school  haven't been there for over 70 years

Sorry I have not been able to get back to you as my computer went on the blink.

Sunnybank area was all fruit and vegie farm, with only a few houses.  I do not know if your district goes that far.

I was married in the Lutheran church on the corner of Miles-Plating Rd and Gardner Rd.
Rochedale.  We were the only couple married there .

When I was younger I use to go to Sunday school held at Rochedale School, because there were no other Lutheran churches around there  and there were quite a few Lutheran families around that district, resulting in over 50 children attending Sunday school, and then a Brick church was built at 8 mile plains  which I think is still in use today and the majority of children went there.AT  this time there were2 different branches of the Lutheran church, The little wooden church at Rochedale  was built first  and later  the 8mile Plains church.

When I was old enough, I used to teach Sunday school also played the organ for church services, and for many years afterwards

The trams used to run as far as Holland Park then, the next stage went to Nursery road and the on to Mount Gravatt

The O'brien boys had a butcher shop on the corner of Nursey Road, and Uncle Oscare used to work there and of a Saturday morning I would go and earn myself a few shillings wrapping up orders.

When I started work my first job was at Watson and Ferguson the printers in South Brisbane my pay was 7 shillings and 6 pence a week, that is 75cents,and there was tax taken out of that, out of that I had to pay my tram, and help pay my way at home.

My next job was working at a gold embosser at South Brisbane, by then my wage had nearly doubled.

My girlfriend from the country and I decide we were going to go To Adelaide for a holiday  as we had met some girls from south Australia that were in our youth group at church.  And had told us so much about the place.  I had to save money to achieve this, so after working, would catch a train to Northgate and work in the pineapple factory, catch the train and tram to Holland PArk and walk home to Mt Gravatt.  By this time it was midnight  and it was quite safe to walk that distance, on your own right sometimes you would be lucky enough to have company as far as Creek Road.

WE managed to do this, and I may add, My first plane ride, it cost me 25 Pounds to fly from Brisbane to Adelaide.

Hope you may be able to use some of what Mt.Gravatt  used to be like  and all the best in your campaign.

​
After high school I graduated from the Queensland University of Technology (QUT) as a Podiatrist and moved to work in the Tasmanian Public Health sector for several years, before returning to Brisbane.  This time commenced an interest specialisation, treating patients with Multiple Sclerosis; a disease of the central nervous system.  This professional interest saw my return to QUT to complete an Electrical & Computer Engineering Degree, which focused on the science of digital signal processing and the use & design of high-frequency sound wave units developed for the use in medical therapy.

My podiatric specialisation and consequent engineering qualification was a driving factor leading me to establish 'The Health Promotion Charity' (THPC), a not-for-profit charity registered in Queensland which for several years provided podiatry services, (given the assistance of several other podiatrists), at no charge to the Multiple Sclerosis (MS) community in the greater Brisbane area.  I established THPC with a determination to trial an ultrasound therapy on a large group, 1000+ MS patients, using the research protocols required by the Australian Therapeutic Goods Administration (TGA) - which is the Australian authority responsible for regulating the trials of medical devices.  I had the medical background, patient support, design and database knowledge to effect a long term trial.  Unfortunately the charity was dissolved as it was unable to raise the considerable ongoing expenses required of a TGA  trial.  Sincerely, I wish to thank all those who supported THPC.
The podiatrists associated with THPC continue to provide this Podiatric service to the community.
​
Another not-for-profit organisation I strongly support is 'BARN' - the Brisbane Area Rescue Network.  This group’s volunteer members are trained and licensed animal rehabilitation carers who work selflessly coordinating with local veterinarians to treat and care for orphaned and injured wildlife before returning these animals to the wild. As a licensed carer I’ve had the incredible opportunity to care for and release injured and orphaned native wildlife, once they're able to be returned to the wild.  It is a deeply rewarding experience to care for our native fauna.
​
I am a director of a family business which has been supplying truck parts and components to the Australian industry for more than 35 years.
I actively participate in my interests of martial art training, distance running, bicycling, fishing, boating, camping, bush-walking, writing & improving my Mandarin language skills.
I have run for election in the last 2 Federal elections (for the Senate and the House of Representatives), the last 2 Queensland State elections as well as the last Brisbane City Council Mayoral election. 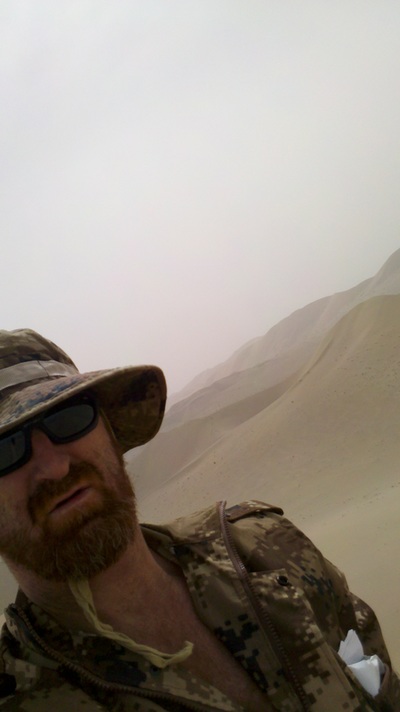 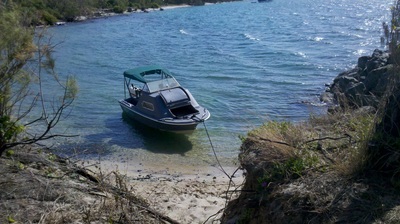 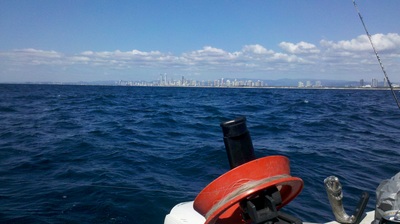 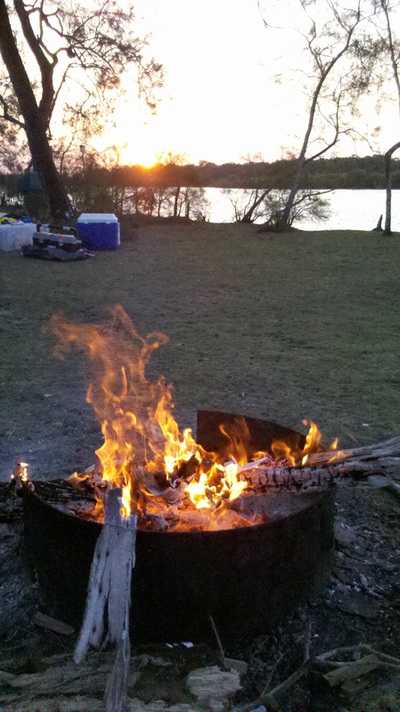 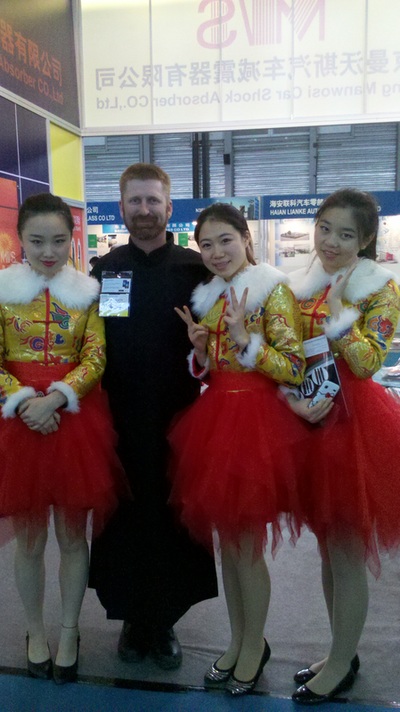 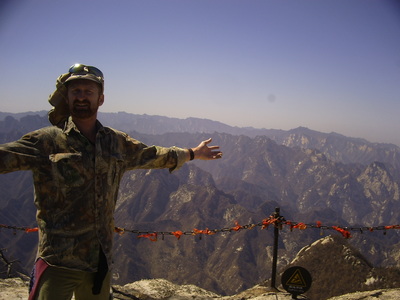 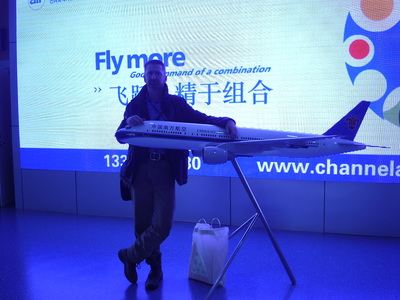 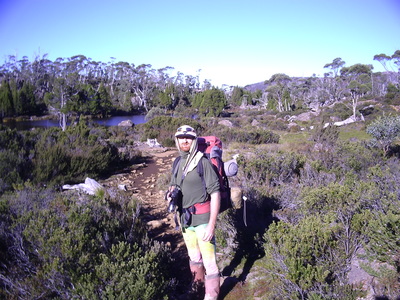